Review: Channie’s My First Pencils and My First Letters

June 11, 2022
We decided to try out Channie’s My First Pencils and their My First Letters which we got from Timberdoodle. The pencils are a great size for small hands that are still growing and you get 5 of them. They are bigger than regular sized pencils so they are easy for kids to hold onto. Our daughter said these pencils are very comfortable and not awkward to hold which is a huge plus. These pencils also have a design on them so my daughter thought they were fancy pencils. They also come with a sharpener which I really like so that we do not have to buy something extra. The sharpener would be better if it a container attached to collect the pencil shavings. One thing I do no like about the pencils is that they are not triangular in shape but this is a really minor detail. I prefer the triangular ones so they do not roll off the table. Another plus of these pencils is that they are pre sharpened. 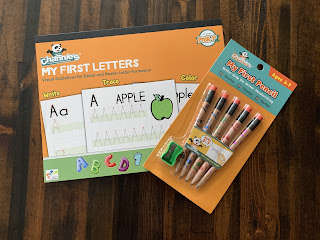 Channie’s My First Letters gives one page of tracing over the uppercase version then the back page to trace over the lowercase version of each letter. The child will get 16 times to trace each letter. The following page has the child practice 8 of each version on their own. The very end will have your student practice their numbers with tracing them only. There is no page for them to practice writing them on their own which I found to be a downside to this handwriting book. I feel they could have added one more page to allow practice of each number on their own. Each number gets tracing practice 17 times. 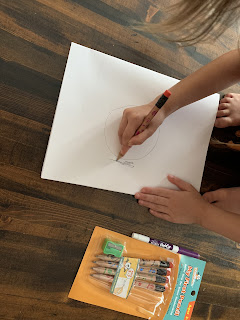 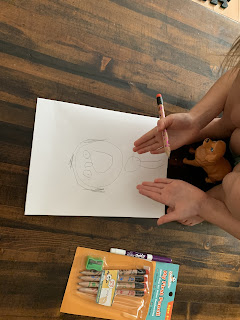 They also get a good sized picture to color. The picture always goes with the letter being practiced; for example an apple for letter A. This I do like better than our current handwriting book because the pictures in Channie’s can only go with that particular letter. Our current book for example has a picture of a hat for C but they call it a cap. I do wish that the picture would change for the lowercase version of the letter. That way the child could have two examples of the words that start with that letter. What do I not like is that all of the writing practice is done very very large. I am sure this is good for when the child is starting out writing however I prefer for the writing to be closer to the size of what they will be writing when they transitions to regular paper. Our current handwriting book does not have this large of writing which I like much better. I feel it is a better size than Channie’s. So, would I recommend these pencils? Absolutely! Amazing size, comfortable, decorated, you get more than 1 and they come with a good sharpener. They are included in Timberdoodle’s PreK kit. Their My First Letters would be a great accompaniment to these cute pencils. 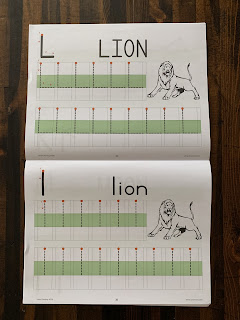 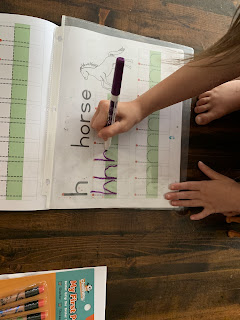