At the beginning of the year I go through our curriculum and set expectations. I do try to keep them with in reason because our daughter is young (2-3yrs old). This year she did Timberdoodle PreK Elite Kit. She completed everything in the kit and did amazing at every review throughout the year. Here were my expectations going in:

English:
With using All About Reading Pre-Reading, I felt she should fully know her letters upper and lower; mostly because she already knew them a good amount. She also knew some of the sounds so I thought by the end of the year she should know all the sounds. I think going hand-in-hand with knowing your letters you should have a good grasp on alphabetical order. By the middle of April she was reading. She has read quite a few books since then all have 3 letter words but I am so impressed that she is reading in general. 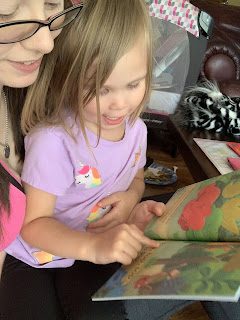 Math:
We used Mathematical Reasoning Beginning 1 & 2. Knowing 0-10, counting to 10 with no mistakes, completing patterns and understanding more or less are all things I thought she should know how to do by the end of the year. She far exceeded all of these. By the end of the year she has started adding and subtracting, telling time and somehow knowing numbers I’ve never gone over with her before. 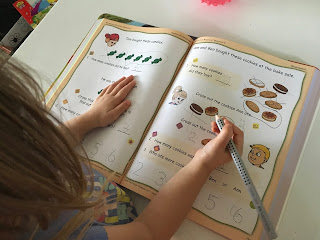 Science:
Berenstain Bears Big Book of Science was such a blast. After reading it weather, seasons, plants, animals and some facts on plants and animals are the things I thought she should have retained. From doing experiments every week I thought she should know how to do properly use science equipment. She learned so much more than just these things. She knows about space, matter, energy, landforms and a bunch more. Just an incredibly about of knowledge. 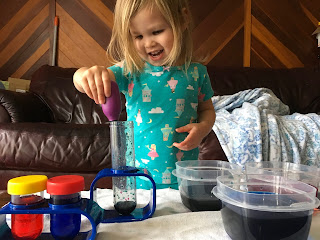 Geography/SS:
My Very First Our World Book was great, very bright and colorful to keep her attention while reading what I always thought was a burning subject in school. I felt she should know different places around the words and about different jobs people can have. She not only remembers the places but know little facts about them and knows a bunch of people jobs within a job site. Her favorite is the reporter and now we often play reporter. 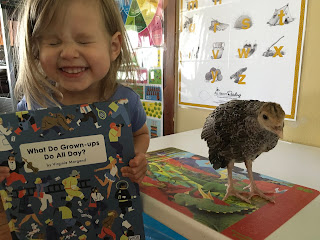 Thinking Skills:
We used a bunch of different things but the best I feel were the games by a company called Smart Games. I thought with all the cool thinking items we had she should learn how to use scissors, finish patterns, complete puzzles and be able to draw conclusions. She is able to do all this and I truly think this is why she has been able to retain so much information this year and why she can problem solve so well. Using the games she has to get her critical thinking juices flowing allowing her excel beyond words. 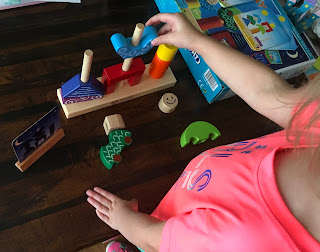 Social/Emotional Skills:
We read a great book called A Whole Bunch of Feelings. With this I thought she would learn about a few feelings but she has been able to learn about a ton of feelings and how to handle herself in multiple situations. 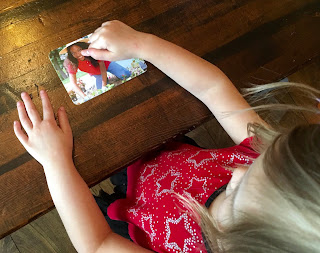 STEM:
Mostly I just wanted to be able to put the ThinkPlay block together because it was difficult for her at first but she was able to make things after getting the hang off connecting the blocks. 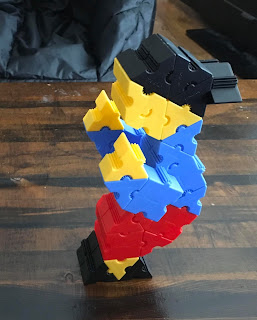 Art:
We did a lot of art things but what we had fun with the most were our kits from Djeco. I just wanted her to be able to try and draw different things. Nothing major because it’s something that’s more creative skills. However, she’s been painting pictures, sculpting things and having a blast just having fun with art. 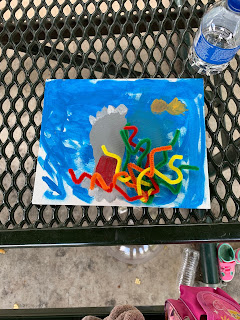 To say my expectation were exceeded would not be enough. She has surpassed everything I thought she would be doing. I am so glad that I chose Timberdoodle as our curriculum and will continue to use them because I see incredible results in our little girl.

June 14, 2019
These alphabet and number cards are amazing! I love them for teaching little kids. Price: 20$ for a set of 6 + shipping if shipped You may choose and color you like. My items are intended for decoration purposes. Not intended for children or infants to play with as some parts can be a choking hazard.
6 comments
Read more