December 21, 2018
My sister was nice enough to get my daughter the Peek-a-Boo-Bunny by Smart Games. She bought it off of my Timberdoodle wishlist. The reason I wanted it for her was because she has never had a game where she has to make something based off a picture. Since she’ll be starting on Timberdoodle pre-K kit it was something that she wouldn’t get. 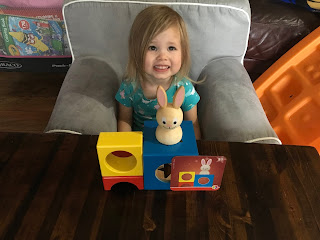 I really like this game. The pieces are big and sturdy for a toddler to easily handle. The cards are sturdy but I still wouldn’t trust my daughter to use them without tearing or bending them. They have 4 levels of difficulty. And they include a booklet of the cards in the event you lose a card. I did have trouble opening the box, and the box is huge, so I am storing the pieces in a ziplock bag which works out better for travel purposes. I plan on using this for both preschool and prek. 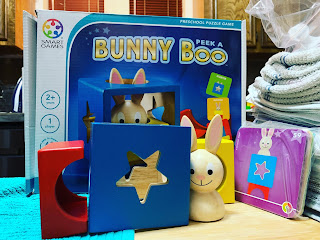 My daughter really enjoyed these. She didn’t want to stop playing with them. She used her creative skills and built things of her own with them. The best part is she gets critical thinking skills, creativity skills and listening skills just by playing with something that she enjoys and thinks is a game. 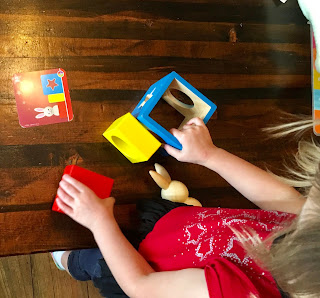